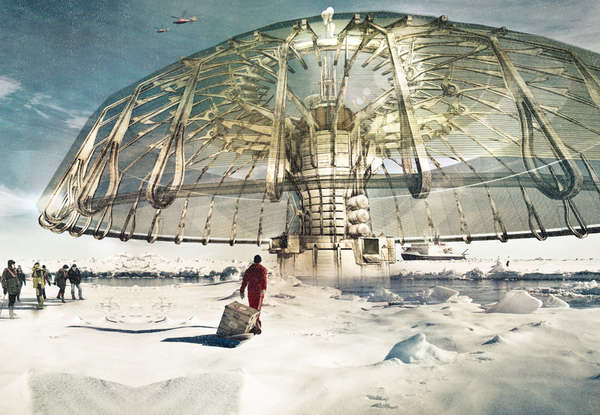 The Polar Umbrella is a Stunning Shelter for Ecological Storm

A mixture of functionality and outright visionary design, the Polar Umbrella's major function is to shelter important arctic layers that will be broken down by the increasing heat of the Earth's surface. But that's not all, as Pirozzi's design also boasts a well thought out salt water-fueled renewable energy system that actually helps to replenish these vital ice caps too.

Possibly the most interesting thing about the Polar Umbrella is that this enormous structure also doubles a floating arctic capital, equipped with dormitory-styled housing units, research laboratories, ecological habitats for wildlife and even tourist attractions. With spectacular conceptual drawings to accompany Pirozzi's idea, the Polar Umbrella gives our planet's cloudy, not so distant future a bit of shelter from the storm.
3
Score
Popularity
Activity
Freshness
Get Better and Faster