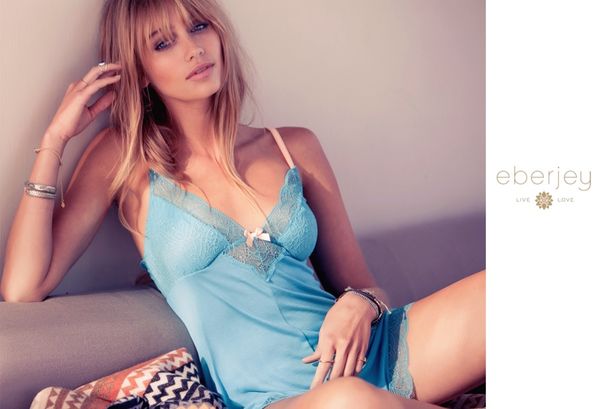 Meghan Young — May 22, 2014 — Fashion
References: eberjey & fashiongonerogue
The Eberjey Spring 2014 ad campaign is stunning for a number of reasons. For men, the obvious is that the blonde beauty starring in the photoshoot is clad in nothing more than lingerie and some sexily casual sleepwear. For women, it will be not only the feminine outfits showcased throughout, but also the romantic sun-drenched scenes captured as well.

Shot by photographer Dove Shore, the Eberjey Spring 2014 ad campaign may be considered seductive, but there is a casual intimacy about them that is much more, which is slightly surprising considering that the brand is based in Miami, Florida. It stars model Cailin Russo. The svelte bombshell is styled by Conor Graham in blue bras and slouchy rompers.
7
Score
Popularity
Activity
Freshness