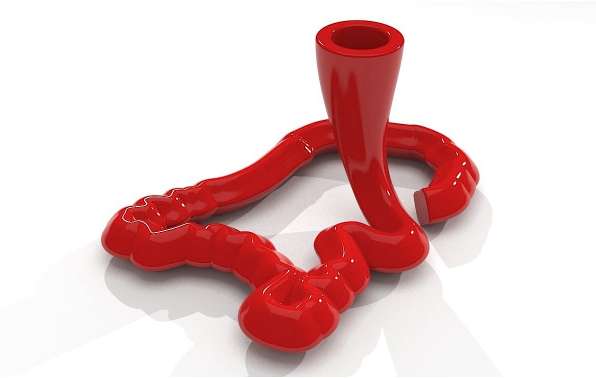 The Dutch deLIGHT Candlestick Mimics the Melting of Wax

Instead, this candle holder takes the shape of a long melted luminary, gradually heated and wormed sinuously along the surface of the table. One end of the sculpture maintains its form, broadening into a smooth and tubular vertical structure with an opening for the insertion of a real wax candle.

It seems as though the Dutch deLIGHT Candlestick has been designed to communicate concepts of excess and wastefulness. When extrapolated to comment on the theme of public consumption, this piece tells people to reduce their electrical use -- perhaps in favor of a candlelit dinner?
1.1
Score
Popularity
Activity
Freshness
Attend Future Festival