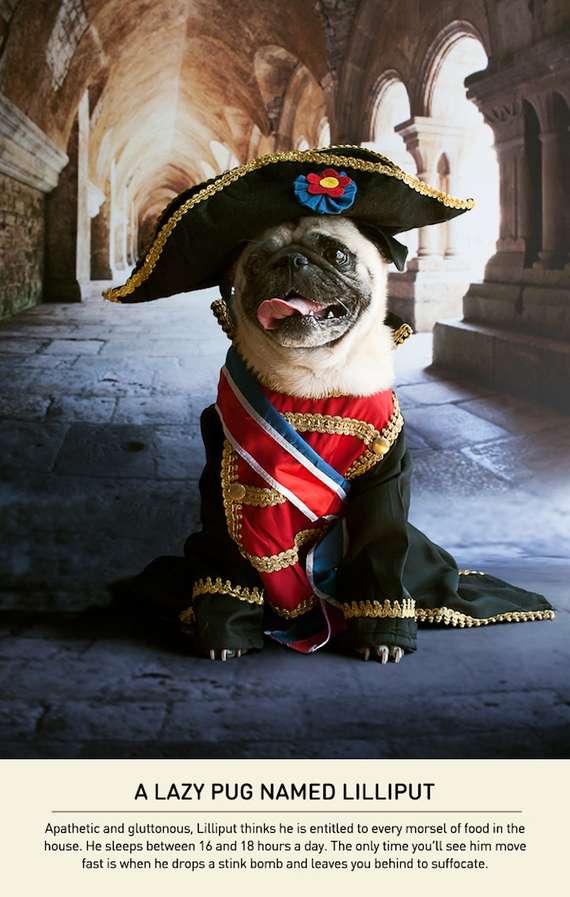 The Dogs with a Napoleon Complex Series Celebrates the Militant's Birthday

Meghan Young — August 29, 2012 — Fashion
References: carmichaelcollective & mymodernmet
Share on Facebook Share on Twitter Share on LinkedIn Share on Pinterest
While this French leader would probably be more offended than flattered by the Dogs With a Napoleon Complex photo series created to honor the anniversary of his birthday, August 15, 1769, there is no need to worry since he has been dead since May 5, 1821. The photo series revolves around small dogs (no surprise there) that have been adorably outfitted in Bonaparte's recognizable regalia.

The Dogs With a Napoleon Complex photo series was created by Carmichael Collective, a studio making a name for itself through its clever artworks such as the Bug Memorials and Urban Plant Tags. Aside from the costumes, the series emphasizes the different traits of each dog. For instance, Winston the Cockapoo is described as "more of a lover than a fighter."
4.7
Score
Popularity
Activity
Freshness
Access Advisory Services