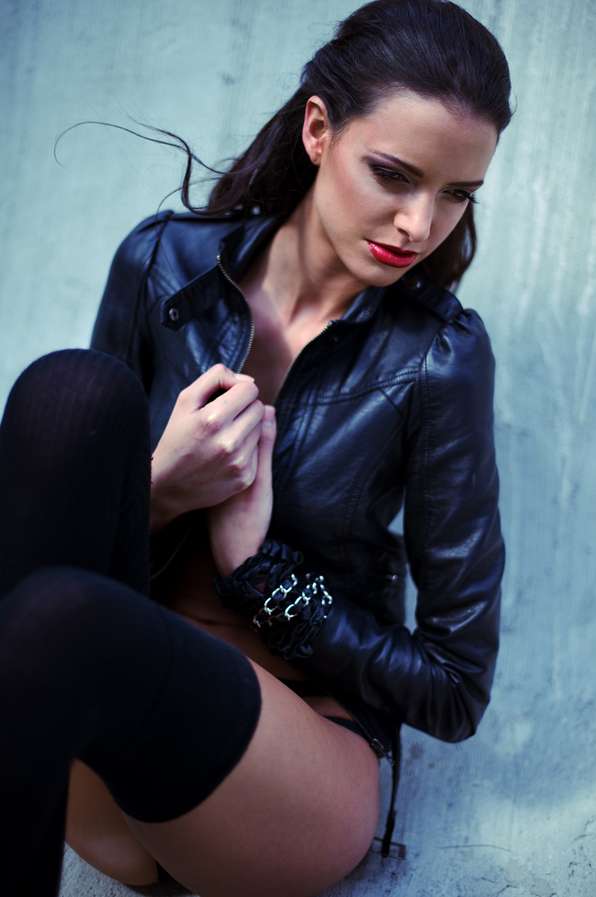 Corinne Guirgis — August 24, 2011 — Fashion
References: dimi-k & bentrovatoblog
Share on Facebook Share on Twitter Share on LinkedIn Share on Pinterest
Emerging fashion photographer Dimitar Krkaliev is making waves with this sensual story, which contrasts high fashion swimwear against desolate backdrops. The shoot stars up-and-comer Casey Newport rocking fashions exclusively provided by White Sands Australia. The photog, who is a native to the area, is aiming his career at advertising, fashion editorial and beauty, and this captivating shoot is a step in the right direction.

“I have always liked the idea of shooting a model in an environment which creates a bit of a contrast to the way she is styled." Says Krkaliev, who did just that in this salacious swim shoot, which features Newport in an empty swimming pool, sporting the edgiest and freshest in swimwear for the season.

Implications - The interaction between styles and setting is essential to the aesthetic of a shoot. For viewers, this relationship translates to a connection between the the photographer and the viewer based on a contextual story that creates a much more intimate relationship with the shoot and thus, with the company it is representing.
4.4
Score
Popularity
Activity
Freshness
Access Advisory Services