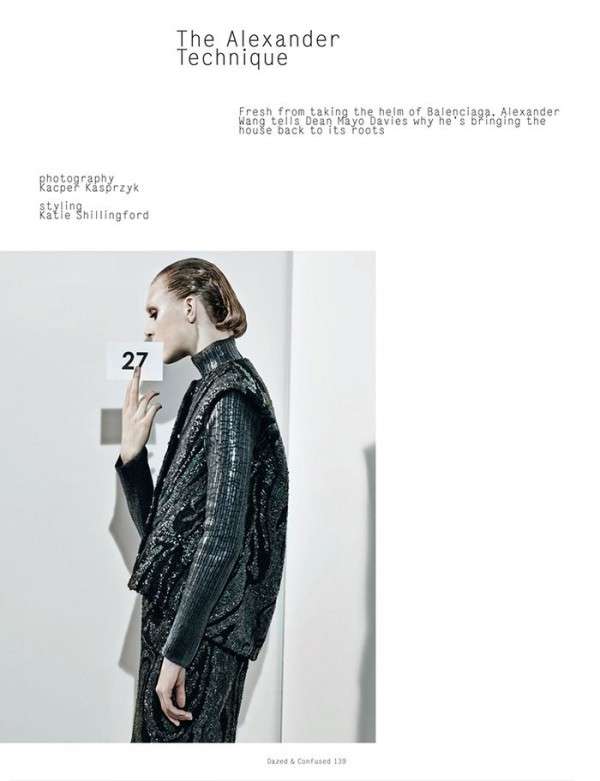 Meghan Young — August 27, 2013 — Fashion
References: dazeddigital & trendland
Share on Facebook Share on Twitter Share on LinkedIn Share on Pinterest
The Dazed & Confused 'The Alexander Technique' editorial addresses the recent overhaul luxury brand Balenciaga is undergoing. Now helmed by Alexander Wang, it shows how he intends to bring the fashion house back to its roots, as he reveals in the accompanying interview to Mayo Davies. The numbered looks are slick and modern, just as someone would expect.

Lensed by photographer Kacper Kasprzyk, the Dazed & Confused 'The Alexander Technique' editorial is set to appear in the September 2013 issue of the British publication, a worthy photoshoot for such an edition. It stars model Hedwig Palm, who was styled by Katie Shillingford. Captured almost entirely in black and white, the monochromatic looks were perfected with a slicked-back hairdo and a flawless face by Chi Wong and Gemma Smith-Edhouse.
3.2
Score
Popularity
Activity
Freshness
View Innovation Webinars