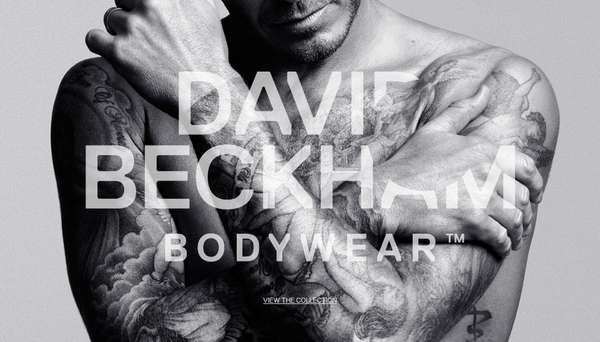 The David Beckham Bodywear Makes its Launch at H&M

John Ibbitson — January 31, 2012 — Fashion
References: hm & dose
Share on Facebook Share on Twitter Share on LinkedIn Share on Pinterest
With the David Beckham Bodywear collection now available in H&M stores, the retail giant, known for its low-costing fashionable duds, has decided to release new images and a commercial promoting the line. Shot in the same black and white photography as the label's first release of imagery, this new commercial focuses on the soccer star's best assets: his ability to model a good pair of underwear that is.

Fans of Beckham will certainly appreciate all the close-up shots of the celebrity's...underwear, and will be rushing to H&M stores to get their hands on their very own piece of Beckham after watching this steamy ad. So why not prepare for Super Bowl Sunday the way a fashionisto does, and buy yourself a pair of these sporty, yet sexy skivvies from the David Beckham Bodywear collection?
2.6
Score
Popularity
Activity
Freshness
Get Better and Faster