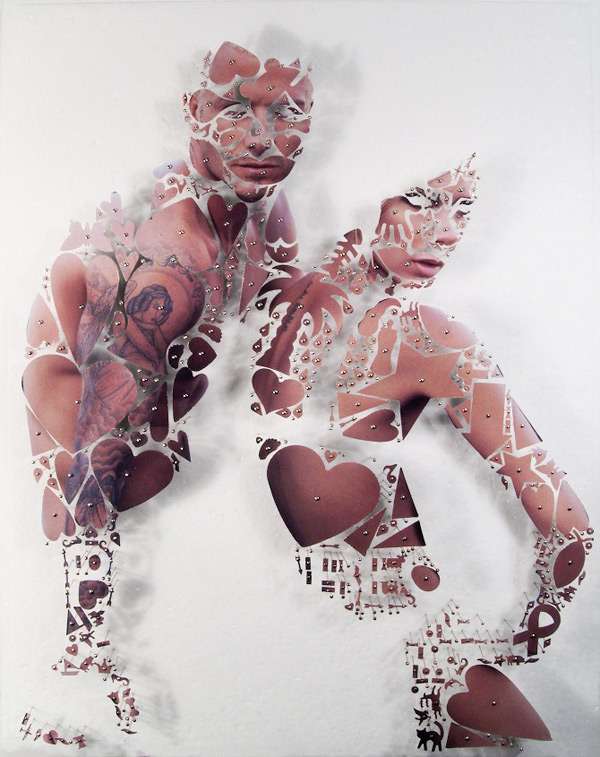 Meghan Young — February 21, 2012 — Pop Culture
References: davidadey & thisiscolossal
David Adey creates collages that are both glamorous and grotesque. The grotesque quality quite obviously comes from the pieced together aesthetic of human bodies while the glamorous aspect originates from the source material of each image. David Adey uses celebrity images from popular magazines as a foundation for each work of art. For instance, one of his pieces revolves around an ad for Bebe starring Mischa Barton.

Cutting out hearts, stars, cats and more, David Adey pieces them together like a puzzle to recreate the human figure or to create something a lot more abstract.

Based in San Diego, David Adey also works as an associate professor at Point Loma Nazarene University. He currently has a solo show at the University of Nevada, Las Vegas.
5.1
Score
Popularity
Activity
Freshness