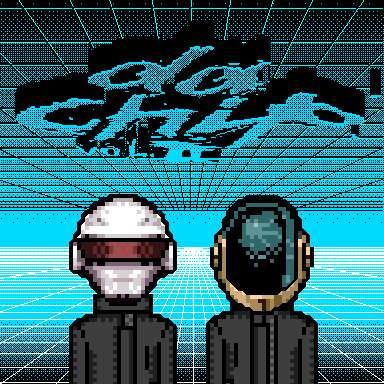 Jason Soy — February 24, 2012 — Pop Culture
References: dachip & spoonskunz.tumblr
Share on Facebook Share on Twitter Share on LinkedIn Share on Pinterest
Da Chip, which is a Daft Punk tribute project featuring songs remixed to sound as though they belong on vintage game consoles, has recently released their second full-length album. Beginning in 2008, the project has grown and attracted music engineers from across the globe to reinterpret beloved tunes with the blips and chip noises of the NES and Atari eras of gaming. Fans of either of those two things should definitely give Da Chip a thorough listen.

On volume 2 of Da Chip are classics like ‘Something About Us,’ ‘Harder, Better, Faster, Stronger,’ ‘Da Funk’ and ‘Crescendolls.’ Each track faithfully captures every nuance of Daft Punk’s music. Listeners may be surprised to hear vocals in these songs, as voices and narration were often not a part of video games 30 years ago.
1.4
Score
Popularity
Activity
Freshness
Attend Future Festival