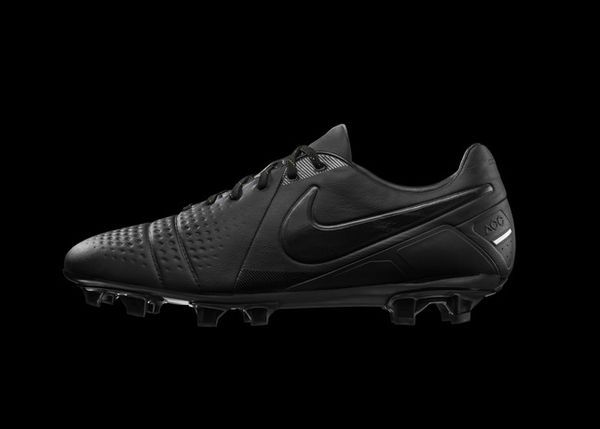 Rahul Kalvapalle — May 2, 2014 — Fashion
References: nikeinc & soccer
Share on Facebook Share on Twitter Share on LinkedIn Share on Pinterest
Nike literally turned the lights off on its venerable CTR360 line of soccer shoes by releasing a final, pitch-black colorway to bid adieu to the shoes, which are to be discontinued. Many memorable goals were scored over the years by players wearing CTR360s, perhaps none as important as Andres Iniesta's extra-time goal that brought World Cup glory to Spain in 2010.

The classy, all-black 'farewell edition' CTR360 shoes are sure to stand out in soccer fields filled with the brightly colored cleats that have been all the rage in recent years.

The boot features subtle tones of black throughout its body, giving it a luxurious look with a hint of reflectivity in the lace conveying that all-black can still be flashy. In terms of construction, the boots employ the same materials that made it popular with countless top professional players over the years. The shoes' uppers are made of Kanga-Lite, blending the feel of kangaroo leather with the durability and light weight of synthetic materials. The boots also feature highly responsive stud plates that improve players' ability to pass and receive the ball.

"We know that our players love black boots as much as they love to express themselves through color," said Denis Dekovic, Nike Football's Design Director.