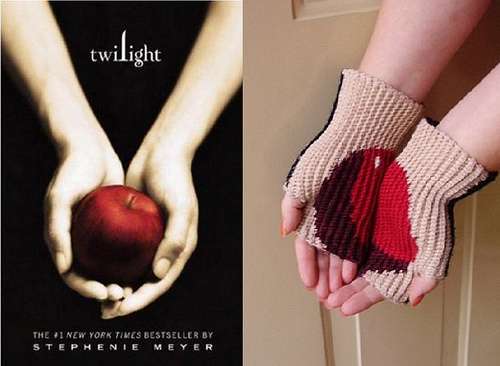 The Crochet Pattern Apple Palms Show Your Love for Twilight

Meghan Young — January 17, 2011 — Fashion
References: etsy & neatorama
Ok 'Twilight' fans, I think you'll be very pleased with the Crochet Pattern Apple Palms. These fingerless, knit gloves will not only keep you warm during the remaining winter weeks, but will also show your love and devotion to the biggest Vampire franchise since, well, I don't know when.

Created by Etsy seller ChickenBetty, the Crochet Pattern Apple Palms was inspired by the 'Twilight' novel cover. What I particularly like about these mittens is the fact that it isn't too much. Instead, it is a subtle reminder of your appreciation for this saga.
3.8
Score
Popularity
Activity
Freshness