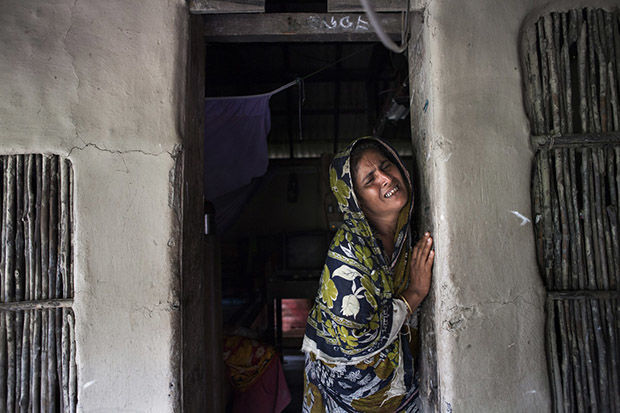 'Climate Crisis in Bangladesh' Documents Nature's Impact on the Poor

Rahul Kalvapalle — October 8, 2015 — Art & Design
References: probalrashid & featureshoot
Share on Facebook Share on Twitter Share on LinkedIn Share on Pinterest
'Climate Crisis in Bangladesh' is an arresting photo series put together by Bangladeshi photographer Probal Rashid. Rashid has previously gained acclaim for documenting pollution and tuberculosis, but with this series is looking at climate change and its impact on the most marginalized populations of Bangladesh.

Bangladesh is regularly hit by tropical cyclones, landslides, floods, drought and river erosion, something that makes life for vulnerable populations very difficult. This photo series captures the difficulties of these very people.

There is the woman named Rizia whose husband was killed by a tiger attach when he was out fishing. People who go out to gather honey, collect firewood or catch fish are aware that they are at risk of tiger attacks, but they have no choice but to make a living.