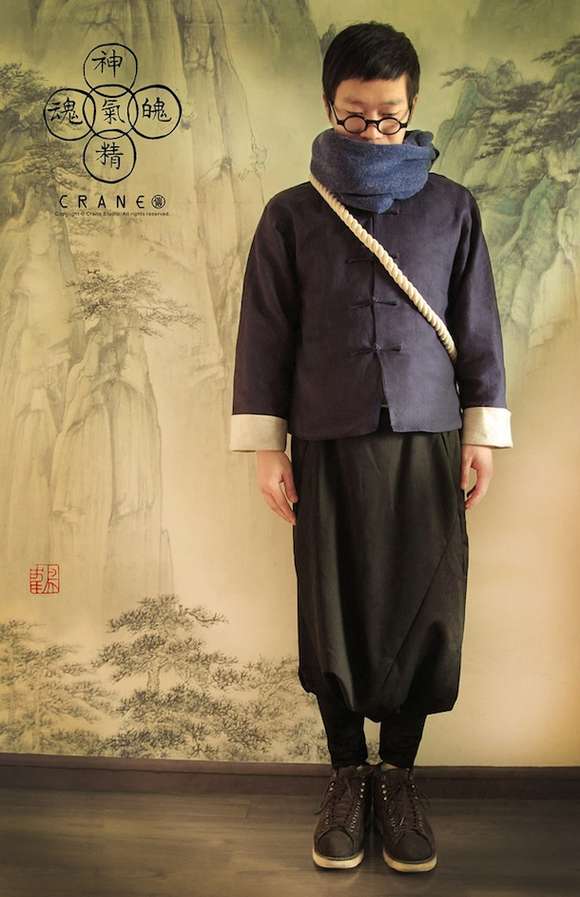 Crane is Inspired by Traditional Clothing

Olivia Chow — July 23, 2012 — Fashion
References: edge.neocha
Share on Facebook Share on Twitter Share on LinkedIn Share on Pinterest
Clothing designer Nino is restoring China’s lost culture through his fashion brand Crane. Just how Mao destroyed over two millenniums of civilization in half a decade, he and other creatives are reversing the damage at a similar rate by reintroducing tradition into modern culture.

In particular, Nino from Crane revives the hammer pants's Chinese cousin: the lantern pant. This is in addition to frog knot closures and Republic era separates. They are colored in China’s signature blue and signed with brush-stroke calligraphy. To keep it modern, these details are balanced with sweatshirts and silkscreened t-shirts. The tee is cleverly cut into a Han silhouette, and a wristwatch is casted to resemble a Feng Shui antique.

With China holding a silver medal in terms of nominal GDP, they have proven themselves economically. However, they are yet to be thought of as innovators even within Asia. Exploring their roots and reinterpreting it for the needs of today will be key to finding China’s identity and establishing itself culturally in the modern world.
4.3
Score
Popularity
Activity
Freshness
Attend Future Festival Virtual