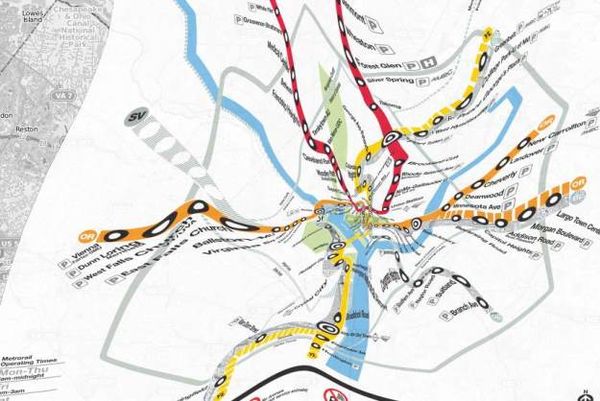 Corrected Subway Maps are Made to Fit an Internet Format

Meghan Young — February 6, 2014 — Art & Design
References: benschmidt.org & psfk
Share on Facebook Share on Twitter Share on LinkedIn Share on Pinterest
The Corrected Subway Maps series shows what such common diagrams would look like when depicted accurately in terms of scale and dimension. This was achieved by overlaying the existing subway maps on top of Internet map-tile view of the cities New York, Boston and Washington. By doing so, they give a people information not only of train stop and routes, but also of distance and topography.

Created by Benjamin M. Schmidt, an assistant professor of history at Northeastern University in Boston and a core faculty member at the NuLab for Texts, Maps, and Networks, the Corrected Subway Maps series essentially represent the “tension between two different ways of representing the same urban spaces," as stated by the creator. He used QGIS, Leaflet, and some command-line GDAL tools.
0.8
Score
Popularity
Activity
Freshness
Get Trend Hunter Dashboard

Simplistic Subway Maps
The Lineposters Take Transportation Back to the Basics