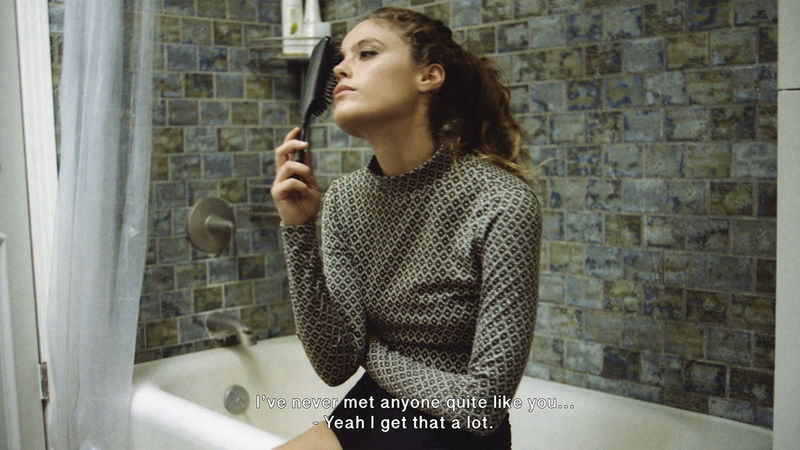 Vasiliki Marapas — November 24, 2014 — Pop Culture
References: collinlevin & c-heads
Share on Facebook Share on Twitter Share on LinkedIn Share on Pinterest
For his latest project, filmmaker and photographer Collin Levin attempts to blend the mediums of film and photography. He explains, "I wanted to come up with something where each photo felt like its own kind of story but at the same time the photos as a whole still had a togetherness."

Levin captions each photo, which star the beautiful Chelsea Schuchman, with a piece of film-like dialogue. The intention is to create a dynamic narrative with still photographs.

One shot features Schuchman lying on a couch, looking limp and dejected, as she stares distractedly ahead. The caption reads, "It doesn't matter. Nothing matters." In another, Schuchman sits on the ledge of her bathtub, looking introspective and dreamy, while the caption reads,"-I've never met anyone quite like you... -Yeah I get that a lot."
3.7
Score
Popularity
Activity
Freshness
Get the 2021 Trend Report FREE