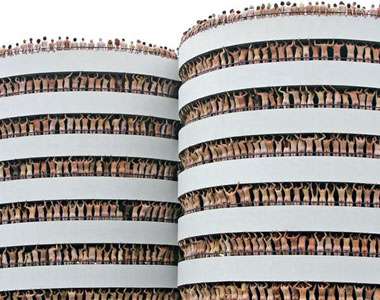 Top Spots to Take It All Off

Elsa Blaine — December 6, 2008 — Naughty
References: concierge
Share on Facebook Share on Twitter Share on LinkedIn Share on Pinterest
Looking for a hot winter getaway where clothing is an option and the locals like it that way? Maybe you already have a trip planned to one of these locales, in which case you may want to consider repacking. Either way, when you go, make sure you take one of the clothing-optional flights in the related article below.

Anyhow, Concierge has compiled this useful list of the best places to be in the buff with the locals:

SPENCER TUNICK – Thousands of nude people gathered together for an artistic photo session. Also check out the article below from Trend Hunter. Image 1 & 2

SPAWORLD, JAPAN – Natural hot springs separated into theme spas by countries of the world. However, men and woman must remain on separate floors. Image 3

TURKISH BATHS, BUDAPEST – 2 options Rudas and Király baths. Apparently as long as you’re not looking for burly men, the Király baths are the place to go. Image 4

LOVEPARADE, GERMANY – According to concierge, “the Loveparade makes Mardi Gras look like the Republican National Convention.” I guess it’s a fun dance and music festival. Image 5

BAY TO BREAKERS, SAN FRANCISCO – An actual 12km race and part of the gay pride festivities. Officially not a clothing free event, but...

BURNING MAN, NEVADA – We know about this one from Trend Hunter too.

BLUE LAGOON, ICELAND – A luxury spa with all the trimmings, including geothermal pools, blond Nordic people and massages. Image 7

NO PANTS DAY, NEW YORK CITY – Started by an improv group and held on the first Friday on May. Mark your calendars! Image 9

WORLD NAKED BIKE RIDE – The name pretty much says it all. This awareness ride moves from country to country and various social and environmental issues are emphasized each year.