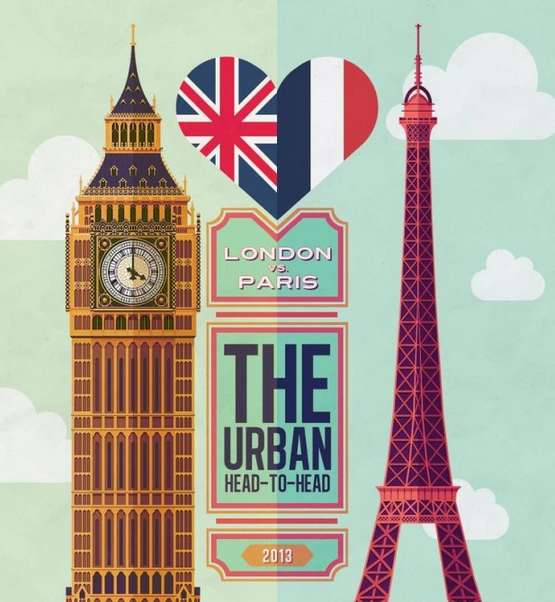 The HouseTrip London Team and Ally Biring have created a fascinating infographic, aptly titled 'London vs. Paris,' that pits these two famous cities against one another, comparing everything from restaurant quality to cost of life.

Some of the results featured in the infographic are rather surprising. For instance, London has four UNESCO World Heritage Sites, while Paris only has one. Unsurprisingly, Paris has many more starred restaurants than London, giving credibility to its reputation as one of the leading culinary cities in the world.

While London and Paris differ in many ways, they are both cultural havens, as demonstrated by the infographic. Paris boasts a huge number of cinema screens, at 376 in the city alone, while London stages over 17,000 music performances each and every year. It's no wonder that people flock to these two cities; nowhere else in the world affords the same sense of cultural refinement, high-brow taste, and fast-paced luxury that are prominent in both London and Paris.
2.8
Score
Popularity
Activity
Freshness
Get Trend Hunter Dashboard