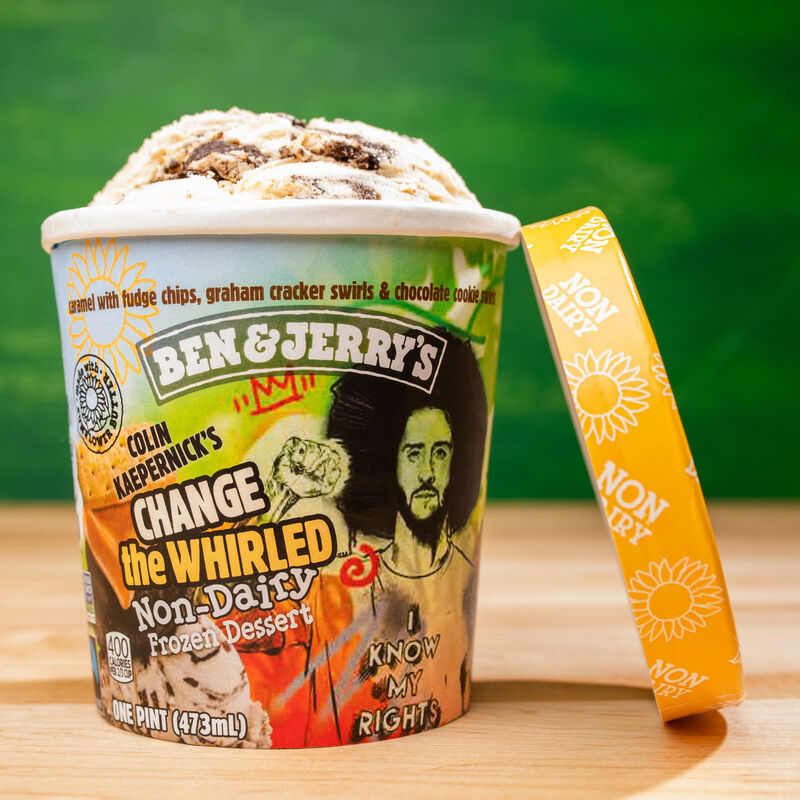 Laura McQuarrie — December 10, 2020 — Lifestyle
References: benjerry & prnewswire
Share on Facebook Share on Twitter Share on LinkedIn Share on Pinterest
Ben & Jerry's, a brand that's well-known for its social activism, teamed up with social activist Colin Kaepernick to create a fresh new flavor called Change the Whirled. The flavor is dedicated to love, resistance and the pursuit of equity and justice, and it celebrates Kaepernick's work to improve the lives of Black and Brown people. Kaepernick's portion of the proceeds from sales of Change the Whirled will help to support the work of Know Your Rights Camp, which he founded in 2016.

The ice cream itself is a non-dairy flavor, which was important to Kaepernick, who is vegan. The treat boasts a decadent caramel sunflower butter base that's loaded with fudge chips, graham cracker swirls and chocolate cookie swirls.