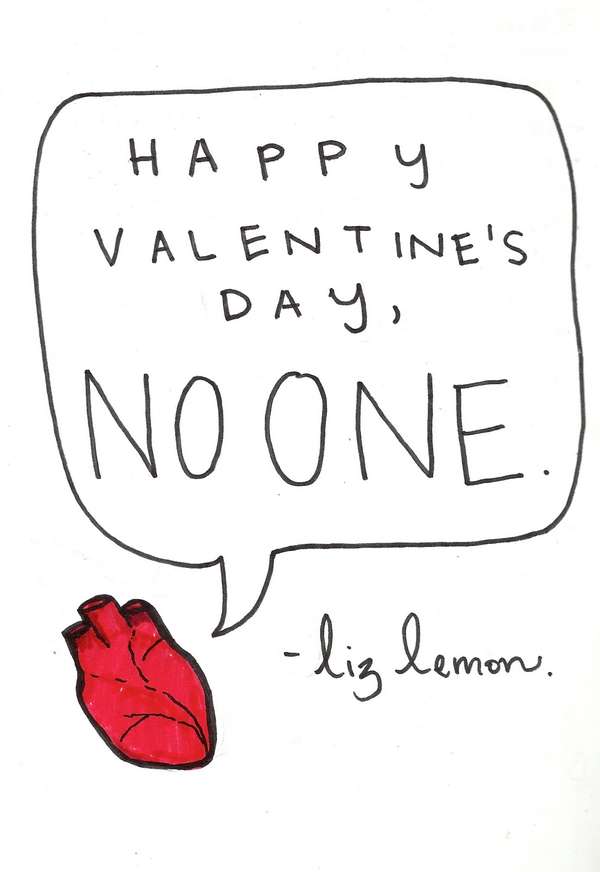 Marie C. Hudson — November 23, 2011 — Pop Culture
References: cpalmeno.blogspot & cpalmeno.blogspot
Share on Facebook Share on Twitter Share on LinkedIn Share on Pinterest
It's no secret I'm a huge fan of everything Tina Fey is involved in, which might be why I can't tear myself away from these hilarious Catherine Palmeno illustrations. The Milwaukee, Wisconsin-based artist created the series of comics using quotes from Liz Lemon, Fey's character on NBC's '30 Rock.'

Since the comedy series' debut in 2006, the show has seen a number of memorable phrases from Lemon, who, despite being incredibly likeable and charming, isn't always the most graceful and well-spoken person. I, for one, absolutely love the character's sassy and self-deprecating comments, which Catherine Palmeno illustrates perfectly. Quotes like "Happy Valentine's day, no one," and the purposely incorrect phrase, "No, it ok, don't be cry," capture the true hilarious essence of Liz Lemon.

As a major Tina Fey and Liz Lemon fangirl, I can't wait to see what new drawings Catherine Palmeno will come up with once the show returns in January 2012. In the words of Liz herself, "I want to go to there."
4
Score
Popularity
Activity
Freshness
View Innovation Webinars