Bikers Switching to Trains
Next
Set of
Related
Ideas 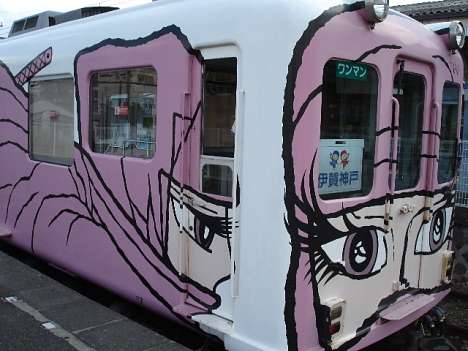 lourdes sanchez bayas — December 3, 2008 — Autos
References: pinktentacle
Japan has some of the prettiest and artistic public transportation trains I have ever seen.

The Japanese public transportation network is 12,000 miles long and some of its trains are beautifully decorated with anime, manga and cartoon characters, the creations of Japanese artists and other motifs.

For example, there are trains embellished with the cartoon Pikachu. There is also a Spiderman and a Doraemon train. You will also find a plethora of manga and anime characters.

I really wish this artistic embellishments could be done on New York City’s vast public transportation network, but I have a feeling that this scheme would not fly with the jaded NYC denizens.
1.8
Score
Popularity
Activity
Freshness