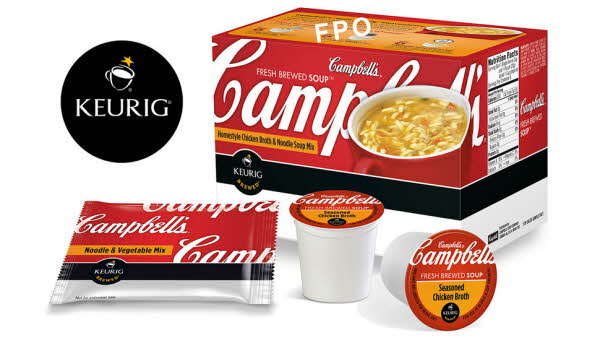 Michael Hines — September 10, 2013 — Lifestyle
References: campbellsoup & thatsnerdalicious
Pretty soon you’ll be able to make soup and coffee in the same machine thanks to the Campbell’s Soup K-cup. That’s right, the Keurig will soon begin offering Campbell’s Soup cups. The soup comes in two parts: the aforementioned K-cup and a packet complete with noodles and vegetables -- thankfully, no sugar is included.

Some people might be hesitant about making soup in the same machine used to make coffee. However, since the Keurig cleans itself when it is brewing, consumers won’t have to worry about crossing broth with Joe. Time will tell whether or not the Campbell’s Soup K-cup prove to be popular, but it’s nice to see the American soup company trying something radically different.