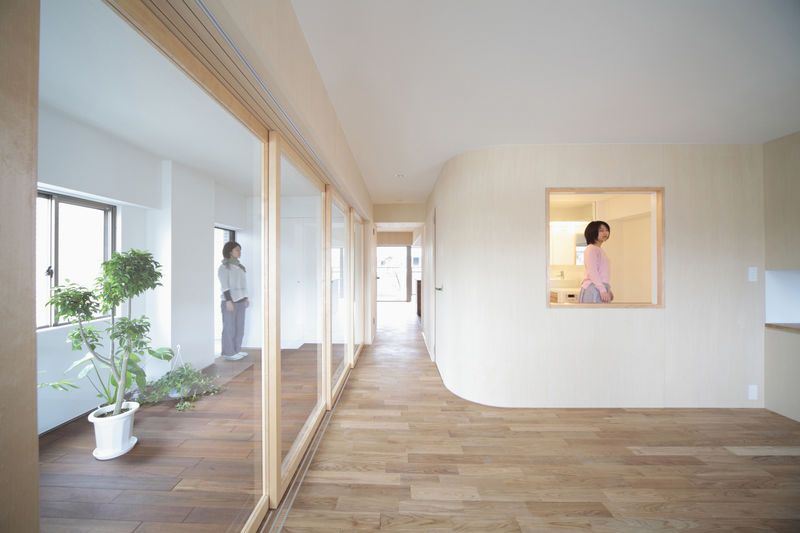 Joey Haar — June 15, 2017 — Art & Design
References: camp-archi & archdaily
Share on Facebook Share on Twitter Share on LinkedIn Share on Pinterest
By traditional standards, Camp Design's renovation on a home in the Japanese town of Kobe might be considered controversial. However, as the small design studio sees it, 'House in Midorigaoka' has an innovative interior that merges the values of historic and modern Japan. And that elegant mix of cultural ideals comes to a head in the form of a sliding partition.

Traditionally, Japanese culture is one of privacy. A family's home is considered a highly private space until guests are invited in, and the classic Japanese shoji is an architectural trope that reflects such a belief. In House in Midorigaoka, the shoji is reimagined as completely transparent glass rather than opaque paper. This transparency reflects a younger generation's interest in openness and outside influence, even though that tenet is cleverly packaged in the architecture of an opposing philosophy.
5.4
Score
Popularity
Activity
Freshness
Get Trend Hunter Dashboard