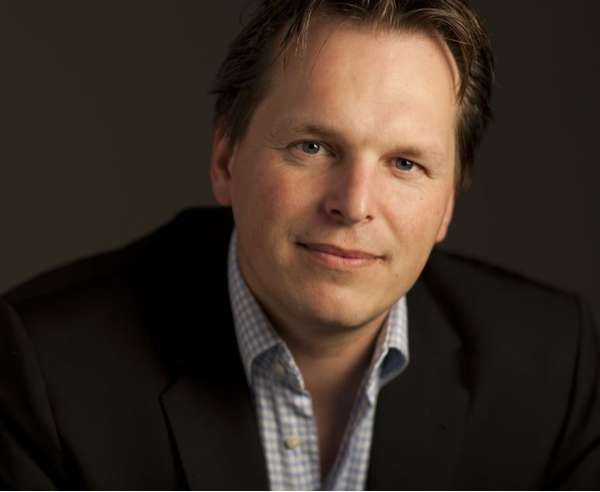 Rebecca Byers — August 25, 2012 — Social Good
References: wakawakalight & trendhunter
Share on Facebook Share on Twitter Share on LinkedIn Share on Pinterest
Founded in 2011, WakaWaka is a changemaking business providing safe and affordable lighting sources to the millions of people struggling without electricity worldwide. The innovative light is sold to the North American and European markets, the sales of which partially sudsidize the price of a WakaWaka lamp to a rural family who needs it most.

SocialBusiness.org recently talked to Camille van Gestel, one of WakaWaka's two co-founders, on their sustainable business model, inspirations and motivations in the world of social enterprise.

1. How did the idea for the business model come about?
Wealth is unequally divided in the world. Although we, in the west, complain about the economic crisis, negative growth and cheaper holidays, other people complain about not having the money to light up a single room at night. As we grew into our own project, we came across more and more horrific statistics, such as the 16,000 people who are seriously injured every single day as a result of kerosene accidents (their only source of light in the evening). We learned about 780 million women & children inhaling the equivalent of 2 packs of cigarettes per day as a result of indoor air pollution. And to make it worse, the lamps which are causing this are also extremely expensive. Lighting fuel in Africa for example costs up to 20% of people’s income. It became more and more obvious that we needed to tell this story and offer western consumers a simple way to make a profound change in the lives of people living at subsistence level.

We wanted to design a product for off-grid families, which could measure itself with a product sold in western stores, but for a price affordable for the ‘Bottom of the Pyramid.’ Our designer came up with such a cool looking design that we saw an amazing opportunity and the market presented itself to ‘WakaWaka.’

2. How did you decide to join this sector?
Actually we were not aware of entering any sector. We didn’t label our business model until people started to label it as a ‘social business’ model. It was simply a matter of “doing things better” and creating shareholder impact instead of shareholder value. My co-founding partner Maurits Groen has been in the environmental and climate ‘sector’ for a few decades already, organizing events at great risk to himself with no certainly of breaking even, let alone making profit. He does these things to raise awareness and because he believes the world should know a thing or two about what we’re doing to our climate. So in a way you could say he has been in the social business for quite some time if that means that profit does not come first, but purpose does.

3. How do you get your inspiration?
I got the inspiration for WakaWaka from an old friend of mine, Frans Biegstraaten. I met him in Hong Kong at the end of 2010 while on a trip for my production business in China. He is one of the founders of Intivation, a Dutch tech company which develops and manufacturers an award winning solar technology. It’s a tiny chip which is capable of boosting the efficiency of small solar cells to up to 200% especially in low light conditions. Most of all the solar cell phones in the world carry their technology. Frans said that together with his colleague Rik Wuts, they came up with the luminous idea to put their technology inside a LED solar lamp. And they thought it would be funny if it could fit on top of a bottle...

Maurits and I have been working 24/7 almost for more than a year already. Maurits is an inspiration for me as well. It’s no coincidence his last name actually means ‘green’. He drives a bike, not a car, gets his daily egg from his own chickens in his back yard and he has been applauded by many for his efforts in the environmental branch in the Netherlands. Nothing seems impossible for him, and I though I had a patent on that kind of thinking and behavior, well, it seems Maurits invented it. It’s a bliss to work with him and I get an incredible amount of energy from him.

4. How do you reset yourself to be creative? Do you have any rituals?
To be honest, it has been too busy lately (past 12 months or so) for some serious resets. I am aware that real creativity comes when you take a break, but we don’t have too much time for that. During our daily late night calls, Maurits and I brainstorm a lot and evaluate the day. It’s in those hours new ideas are born. The problem is that we get so excited that we instantly want to get started with these ideas, which costs us a few hours sleep, and this is something I need to work on for myself actually.

So, yes I have rituals, but there’s room for improvement. Fortunately it’s not just Maurits and me any longer. Our team is reinforced with quite a number of people who all contribute to the creative process one way or another.
1.6
Score
Popularity
Activity
Freshness
Jeremy Gutsche Keynote Speaker