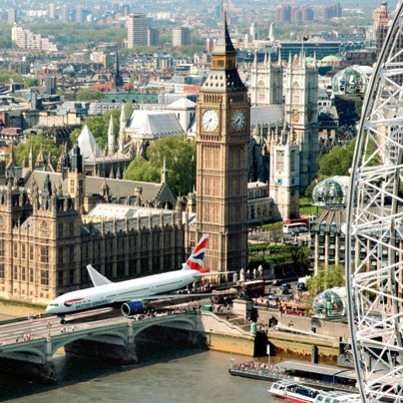 Rebecca Train — June 22, 2012 — Special
References: facebook
Share on Facebook Share on Twitter Share on LinkedIn Share on Pinterest
In most cases, an airline with a campaign titled 'Don’t Fly' would be detrimental, but British Airways urges its nation to not fly, but instead to “Support GB.” British Airways launched its London 2012 TV advert yesterday at 11am in Great Britain, displaying its support for the London 2012 Olympic & Paralympic Games, building the “Home Advantage.”

This summer, the greatest sports event on Earth is held in London, and British Airways explains that its athletes face a once-in-a-lifetime opportunity to compete for their country. They ask Britain to come together and to give their athletes support, which they deem “the home advantage.”

It launched a short documentary on the power of the Home Advantage, which explores how a home crowd can lift athletes to greater heights. The company explains that “every extra clap, cheer and whoop” could make the difference. The BA TV ad that launched yesterday features a large British Airways aircraft rolling down the streets of London, delivering fans to the Olympic games, passing Big Ben, the London Eye and the milkman. It has received amazing feedback and is absolutely worth checking out.
5.7
Score
Popularity
Activity
Freshness
View Innovation Webinars