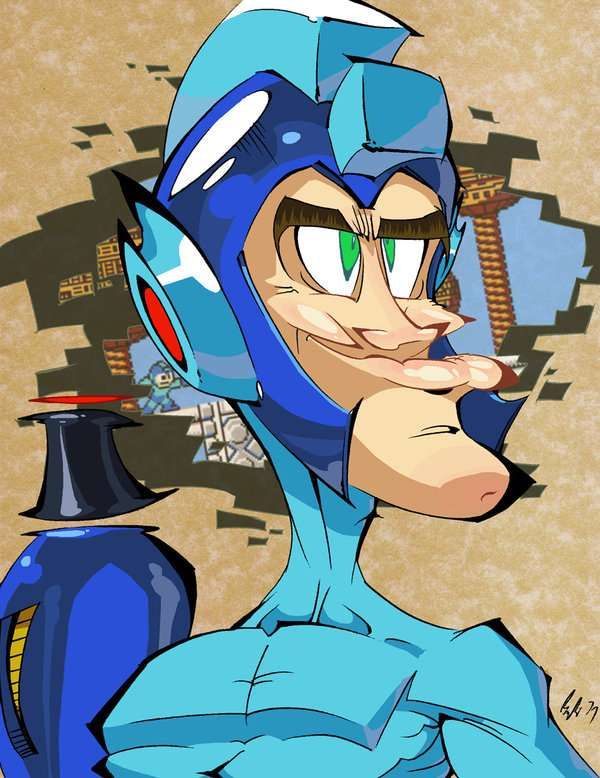 Jason Soy — January 21, 2012 — Tech
References: brendancorris.deviantart & all-about-villains.tumblr
Share on Facebook Share on Twitter Share on LinkedIn Share on Pinterest
If you eat, sleep and breathe retro gaming, these Brendan Corris caricatures of Nintendo game characters will no doubt be right up your alley. Featuring titles like Mega Man, Battletoads, Double Dragon, Ninja Gaiden, Legend of Zelda, Castlevania and Super Marios, Corris’ series encompasses classics that are so iconic, anyone who grew up in the 80s and 90s will be overwhelmed with nostalgia.

Popularity aside, these Brendan Corris caricatures feature some hilarious depictions of video game heroes; each character now has facial features and anatomy that are exaggerated to hyperbolic extremes. Mega Man looks like Jim Carrey and Mario and Luigi are clearly enjoying their mushrooms and flowers way too much in Corris' renditions.

Corris also incorporates screenshots of respective game titles into the backgrounds of each illustration.
3.4
Score
Popularity
Activity
Freshness
Get Better and Faster