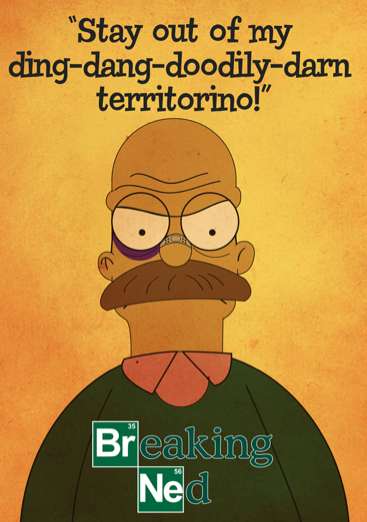 The 'Breaking Ned' by AKADoom is Hilarious

AKADoom plays off the theme of Breaking Bad, which is about the good unsuspecting neighbor turned badass drug dealer in this series. He Turns Ned Flanders into Walter White, and illustrates him without his hair, still in his good guy clothes, glasses on, but looking pretty pissed off with a black eye and bandaged nose.

He then adds text to the pieces, suitable of what Ned would say if he turned into Walt like "I am the ding-dang-diddly danger." This is a hilarious series that is definitely worth checking out.
2.2
Score
Popularity
Activity
Freshness
Get the 2021 Trend Report FREE