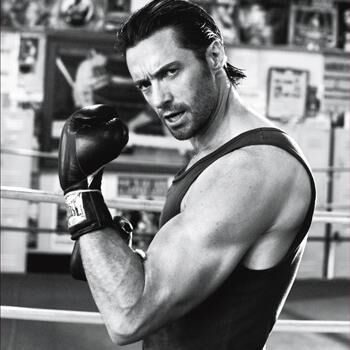 Shot by photographer Ben Watts, Hugh Jackman solidifies his image as the rugged, rough antithesis to metrosexuality with these images of a sweaty Jackman during a boxing workout.

Hugh Jackman is currently promoting the epic movie 'Australia' by director Baz Luhrmann, in which he stars alongside Nicole Kidman. Australia opens on November 26 in the United States and Australia and worldwide throughout December and January.
4.1
Score
Popularity
Activity
Freshness