Satellite Monitoring in Your Footwear 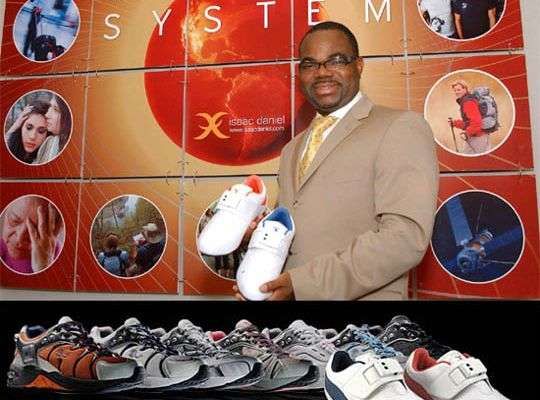 Katie Cordrey — April 4, 2010 — Fashion
References: coolest-gadgets & funcfash
Share on Facebook Share on Twitter Share on LinkedIn Share on Pinterest
Back in 2007, Trend Hunter spotted Isaac Daniel’s GPS shoes and in 2009, we told you how GPS shoes were being used to help Alzheimer’s patients. Isaac Daniel has created a second generation of GPS shoes called Blue GPS shoes. Blue GPS Shoes offer satellite-monitored footwear for hikers, soldiers, those who are socially connected, and those who are fearful of being kidnapped.

Isaac Daniel's patented shoes allow wearers to push a button to activate satellite monitoring and calls to the police, but that’s not all. Because the shoes are Bluetooth enabled, the shoes can interact with other Bluetooth devices, like the GPS in your phone, to let everyone know where your feet--or at least, your shoes--are all of the time.
3.1
Score
Popularity
Activity
Freshness
View Innovation Webinars