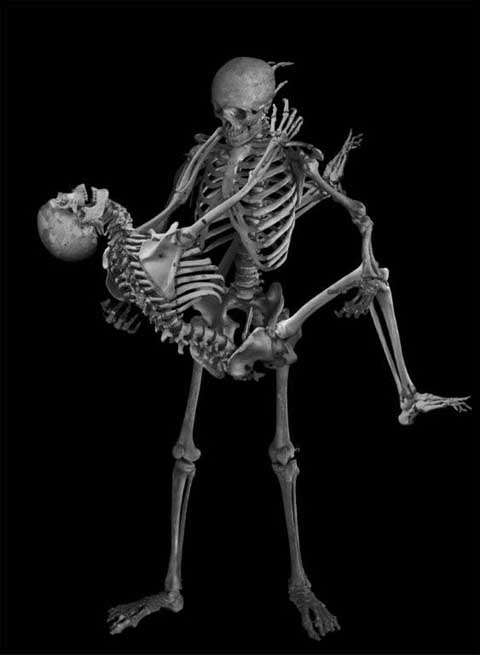 Benedetta Bonichi, whose father is the infamous painter Claudio Bonichi, has posed the skeletal frames in an inappropriate manner. The bony frames are pleasuring each other in traditional poses such as the missionary pose and more contemporary poses such as the 69 and reverse cowgirl.

The pictures were also shot in a darker light. Instead of focusing on the bright, bleached bones of the skeletal figures, Benedetta Bonichi shot the daring duo with a gray tint. This allowed for the intricate poses to stand out against the black background and give the photos a textbooklike feel.

This series is hilarious, though, and Benedetta Bonichi is clearly as talented as her famous father.
5.8
Score
Popularity
Activity
Freshness
Attend Future Festival