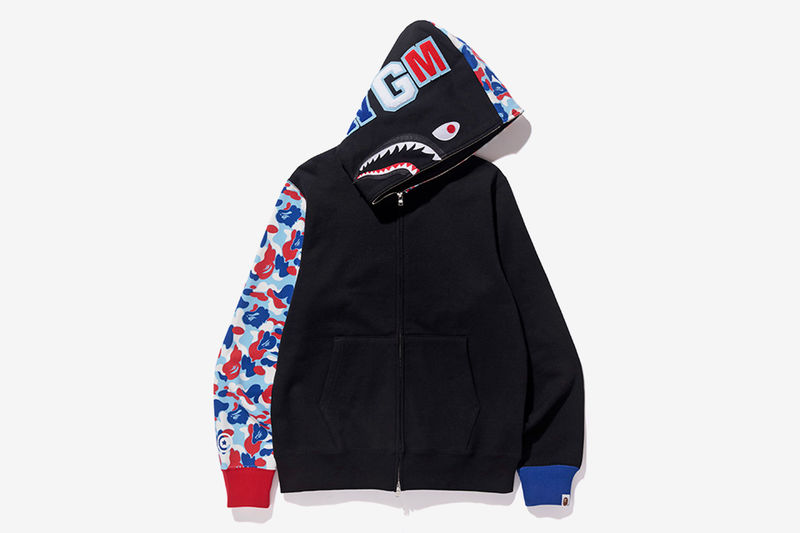 The BAPE Paris Store Will Offer a Range of Exclusive Apparel

Riley von Niessen — November 30, 2017 — Fashion
References: bape & highsnobiety
Share on Facebook Share on Twitter Share on LinkedIn Share on Pinterest
Recently a new BAPE Paris store was opened, which prompted the Japanese streetwear brand to release a series of exclusive apparel that could only be picked up from the new location in order to increase engagement among its fans in the area.

The collection consists of a wide range of vivid apparel that features the brand's iconic motifs, such as its shark, ape, and the little monkey that's known as Baby Milo. The ape and Baby Milo are shown with the Eiffel Tower on multiple different shirts and pullovers, while the shark is used in its typical fashion on sweatpants, hoodies, and more. The majority of the pieces boast red, white and blue colorways as well, in reference to the French flag.
5.6
Score
Popularity
Activity
Freshness
Jeremy Gutsche Keynote Speaker