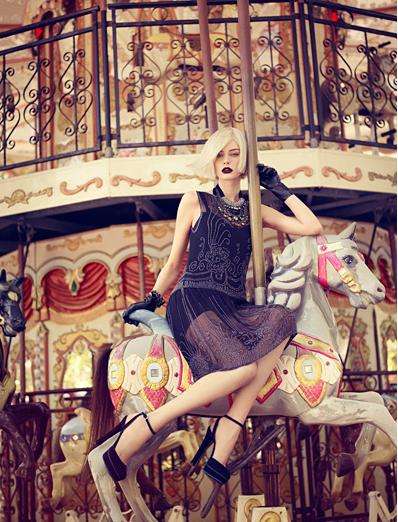 Lithuanian model Abeliunaite might be new to the fashion world, but the 17-year-old is absolutely striking in these shots. Doing everything but "smizing," Auguste gives the viewer some major attitude in many of the photos, bringing a touch of teen angst to the sleek and sophisticated looks. One of the best shots shows the model with two parrots perching her shoulder, posed with all the coolness in the world, like it "ain't no thang."

After seeing the Auguste Abeliunaite Vogue Portugal September 2011 shoot, I suddenly feel the need to grab the hippest flapper dress and hit the park to lean against some trees completely nonchalantly. I have a feeling, however, that I couldn't quite pull of these smashing looks off as well as this soon-to-be supermodel can.
6.1
Score
Popularity
Activity
Freshness
View Innovation Webinars