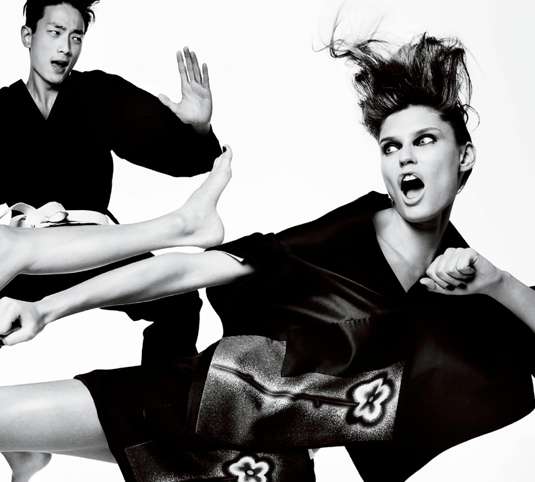 In line with the title of this photoshoot was stylist Sarajane Hoare's inclusion of wrap robes, thin belts tied at the waist and large oversize jackets. These pieces were matched with hair expert Sam McKnight's execution of large pompadours, standing atop the heads of the team as they jumped in the air.
4
Score
Popularity
Activity
Freshness