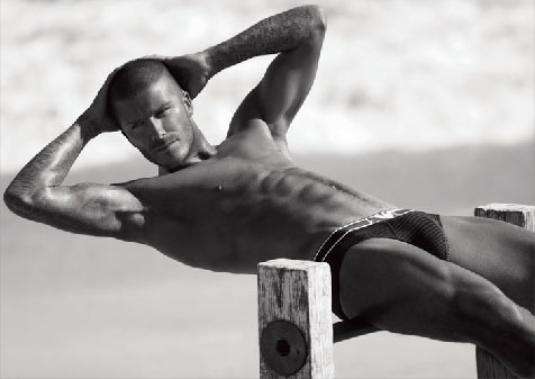 The first glimpse of the new ads is a billboard unveiled on June 18 in San Francisco by David Beckham himself. New York, Los Angeles, London, Milan, Rome, Paris and Tokyo follow San Francisco with similar billboards.

The print ads will debut in the upcoming August edition of Vanity Fair. Subsequently, they will appear in various sport, fashion and lifestyle magazines.

The campaign was shot by fashion photographers Mert Alas and Marcus Piggot.

The new Emporio Armani underwear collection will be available in the U.S. in August, while Europe gets first dips in July.