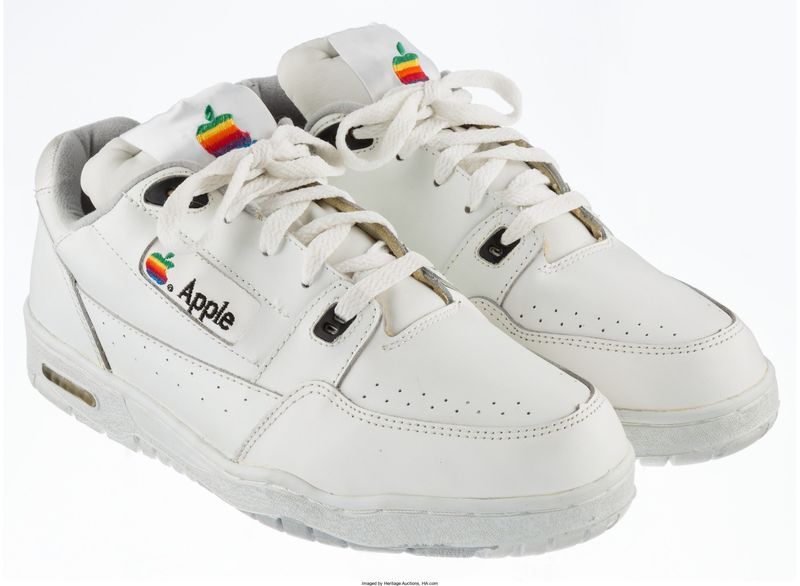 These Vintage Apple Sneakers are Branded with the Company's Original Logo

Ellen Smith — June 9, 2017 — Fashion
References: fortune & appleinsider
Share on Facebook Share on Twitter Share on LinkedIn Share on Pinterest
Around the same time that Apple launched its first color desktop computer, the tech company made Apple Sneakers -- a prototype pair of casual shoes printed with their signature rainbow logo on the tongue. Allegedly sold to a lucky Apple employee, these unique sneakers have rarely been seen, or even photographed since they were made in the early 90s. The white sneaker has since resurfaced, being recently spotted in an online auction with a starting bid of $15,000.

The nostalgic pair of sneakers are made from the white leather material that was popularized in the early 90s, and features the company's original rainbow logo printed on the tongue, and the side. The soles of the shoes are made from rubber that allegedly don't leave skid marks.