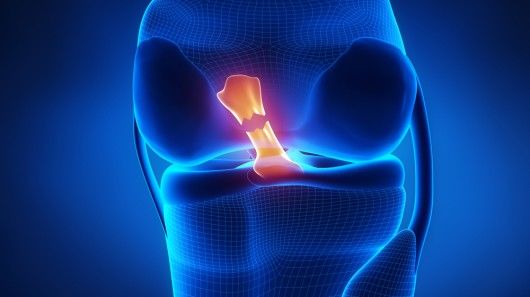 Rahul Kalvapalle — January 5, 2015 — Lifestyle
References: mccormick.northwestern.edu & gizmag
Share on Facebook Share on Twitter Share on LinkedIn Share on Pinterest
The anterior cruciate ligament or ACL is a term that's very familiar to athletes and sports fans. Connecting the femur bone to the tibia, this ligament is incapable of fully healing when it breaks, making ACL injuries one of the most feared kinds of injuries among athletes. However, scientists at Northwestern University in Illinois are working on creating an artificial ligament which would help make treatment a lot more effective.

This artificially engineered anterior cruciate ligament comprises braided polyester fibers which have a tensile strength similar to that of natural ligaments. The ends of the fibers are blended into a special biomaterial.

The scientists have tested their technology on rabbits, and found that the animals' bone and tissue cells began migrating into the biomaterial. This means that over time, the artificial ACL could be completely incorporated into the body. However, the team still needs to conduct many more studies before they can begin testing the technology on humans.
2.9
Score
Popularity
Activity
Freshness
Get the 2021 Trend Report FREE