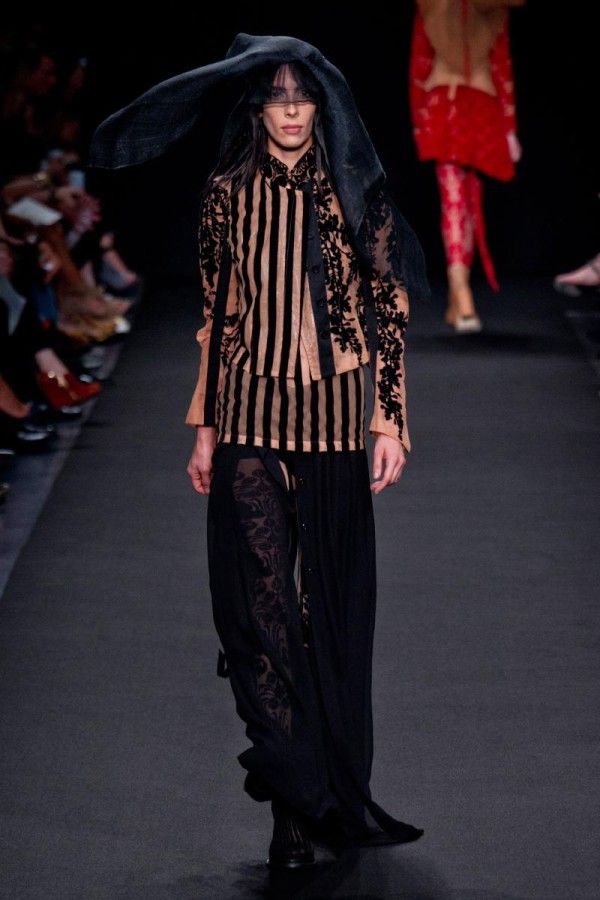 Vasiliki Marapas — October 11, 2013 — Luxury
References: style & trendland
Share on Facebook Share on Twitter Share on LinkedIn Share on Pinterest
The Anne Demeulemeester Spring/Summer 2014 show embodies the designer’s signature Victorian goth aesthetic. The Demeulemeester woman is an isolated creature of the night; however, if she does venture out into the day, it’s sure to be in one of these romantic black-on-black ensembles. The models walked the runway in leather booty-shorts, large, free form veiled hats, intricate lace tights and sheer blouses and pants with vine detailing embroidered onto them.

The look was very much bereaved mistress meets Morticia Adams. The collection was, understandably, mostly black with the occasional pop of red of salmon-pink for a douse of color. However, far from being somber, the Anne Demeulemeester Spring/Summer 2014 show was a sexy and glamorous, if not slightly mysterious, affair.
3.5
Score
Popularity
Activity
Freshness
Access Advisory Services