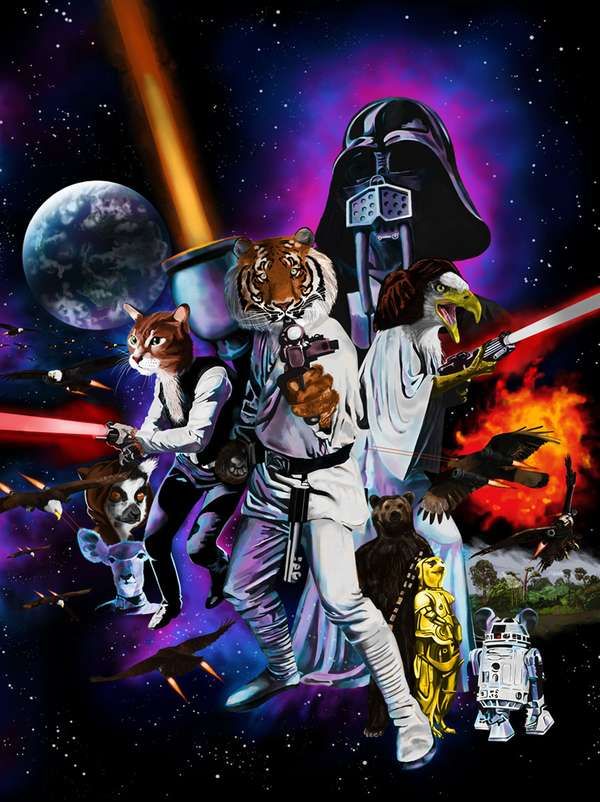 Jason Soy — January 19, 2012 — Pop Culture
References: behance.net & bitrebels
Share on Facebook Share on Twitter Share on LinkedIn Share on Pinterest
With all the edits that are being made to the original Star Wars movies, this 'Animal Wars' poster makes perfect sense. After all, if George Lucas is going to keep altering parts of his science fiction masterpiece, he may as well recast the entire series with wildlife creatures the same way artist Nomade has.

It does, however, seem a little odd that Han Solo is a precious little kitten while Luke Skywalker is a fierce tiger given Solo’s role as a rugged and brash smuggler and Skywalker’s role of an intergalactic boy scout.

Animal Wars was created for the Animal Glam exhibition at Piel de Gallina, Mallorca. It parodies one of the most iconic posters of the Star Wars franchise and, given the chance, I’d pay to see a Star Wars film with animals instead of humans.
2.2
Score
Popularity
Activity
Freshness
Jeremy Gutsche Keynote Speaker