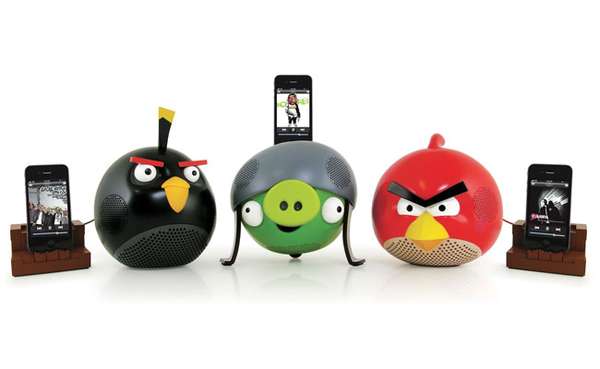 Blast Your Music Through these Wicked Angry Birds Speakers

Matt Ho — June 9, 2011 — Tech
References: gear4 & geeky-gadgets
I'm actually really surprised at how long it took for these Angry Birds Speakers to come out, considering how the game is a huge staple in the world of Apple products.

The new Angry Birds Speakers come from Gear 4, which is the same company that created Angry Bird-themed laptop cases and iPhone covers. Now it's adding to the family with a series of docks for the iPod and the iPad, featuring everyone's favorite fiery avians. So far, the unveil shows that the boomboxes are in the shape of three of the characters: the red and black bird and one of the pigs. Hopefully, the other characters will make their way out as well.

The Angry Birds Speakers are expected to be released in August this year.
6.5
Score
Popularity
Activity
Freshness