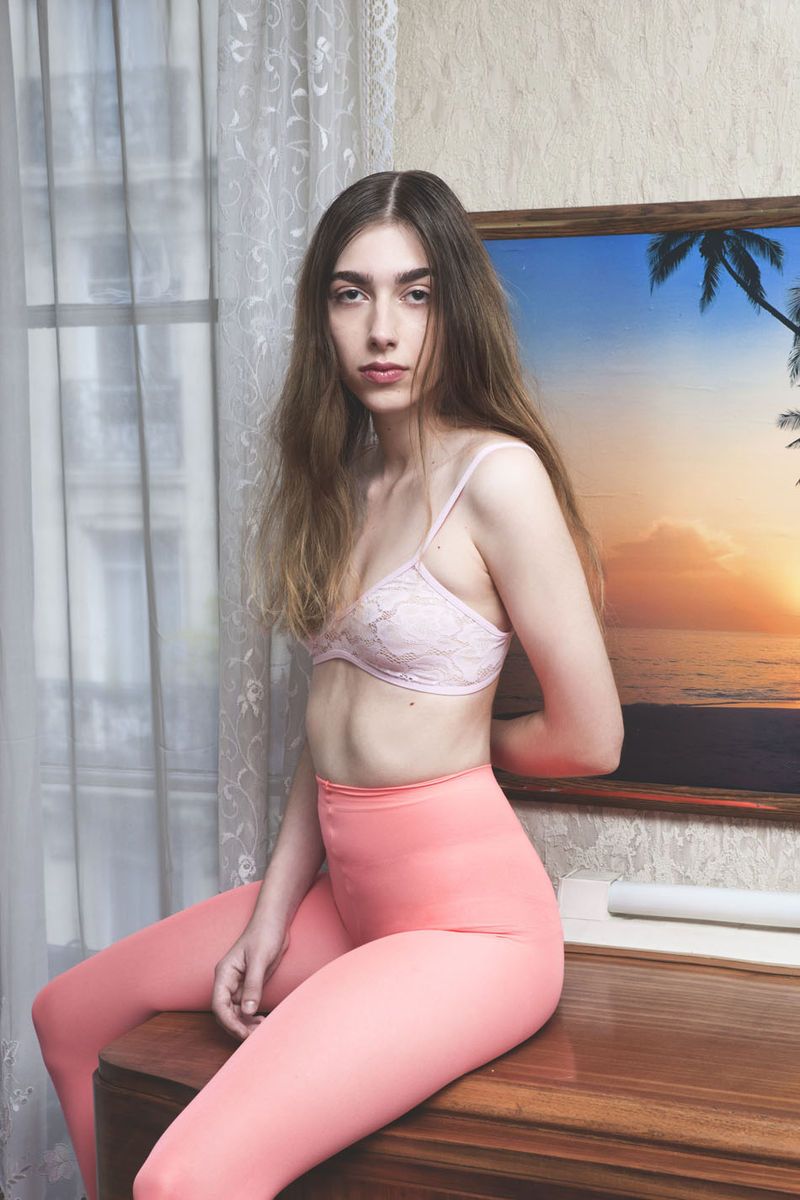 Most of us are familiar with the "American Apparel girl;" she is young, almost too young; she is slim, practically devoid of curves all together; and, finally, she is lustful, gazing back at the camera flirtatiously, almost as if to say "oh, didn't see you there."

Torre sought to complicate the perception of the American Apparel girl, imbuing the editorial with a darker, edgier vibe that is absent, or at least diluted, in the brand's campaigns. Torre was assisted by a talented creative team, which included styling by Morgane Nicolas, and art direction by Nicolas and Sarah Bouakline. All of the clothing was from American Apparel France.