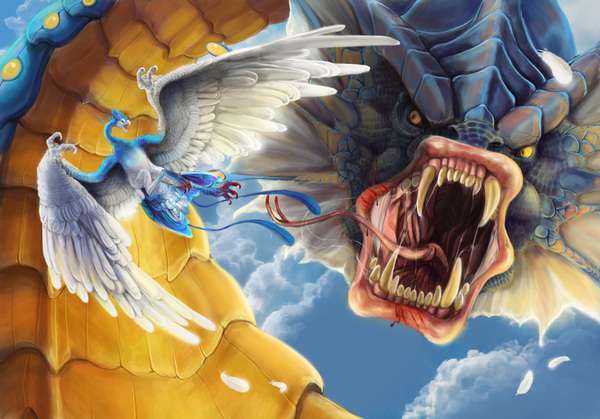 Josh Triantafilou — May 28, 2012 — Life-Stages
References: alysiaprosser & characterdesignserved
Share on Facebook Share on Twitter Share on LinkedIn Share on Pinterest
For anyone who was a kid during the late 90s, these Alysia Prosser Pokemon concept drawings should hit some familiar chords. The TV series, video-games and card-games that revolved around the battling pocket monsters and their intrepid trainers was to kids as what honey is to flies.

The franchise almost encouraged obsessiveness with the tagline, "Gotta catch 'em all!" Kids were compelled to find every card, play each game and watch every episode. In a similar vein, one is curious to see Prosser's depiction of each and every of Pokemon.

She has rendered a number of pocket monsters, from the originals to late-generation, in strikingly impressive detail. The colors she uses are reminiscent of a summer sunset just before a thunderstorm, which does well to create an epic and ominous mood.