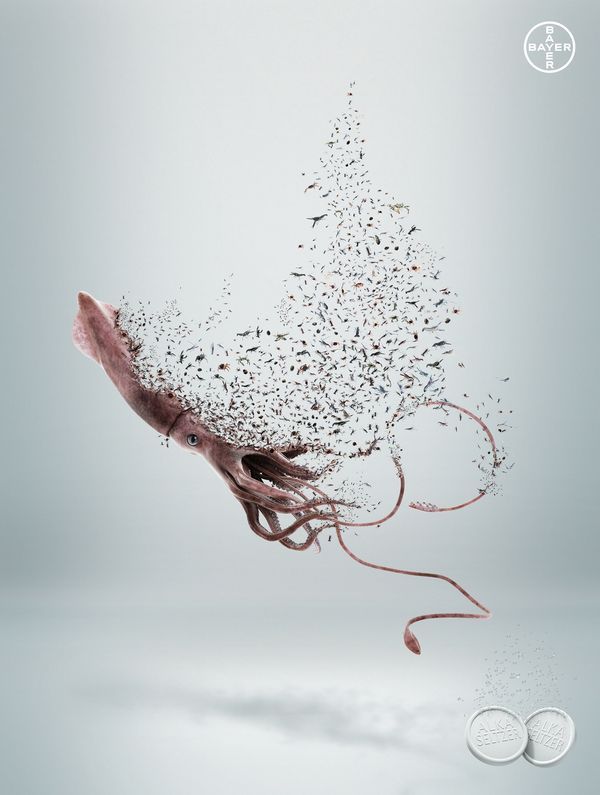 Meghan Young — May 8, 2014 — Marketing
References: bbdo & adeevee
Share on Facebook Share on Twitter Share on LinkedIn Share on Pinterest
At first glance, the Alka Seltzer 2014 ad campaign looks like it is simply depicting large, hard to digest animals disintegrating into thin air. But upon closer inspection it becomes clear that more is happening in these images. The animals are breaking apart, but they are becoming smaller versions of their general species. For instance, a large ostrich is atomized into tinier birds.

Conceived and executed by BBDO, an ad agency based in Mexico City, Mexico, the Alka Seltzer 2014 ad campaign was art directed by Jorge Martinez with creative direction by Ariel Soto and Luis Ribo. The surreal images were shot by photography duo David Franco and Trece Producciones. Overall, the ad campaign is minimalist with a hint of whimsy.
4.1
Score
Popularity
Activity
Freshness
Get the 2023 Trend Report FREE