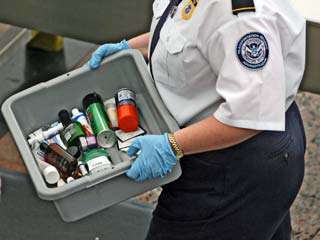 Security To Get Even Tighter?

"The investigators learned about the components to make an improvised explosive device and an improvised incendiary device on the Internet and purchased the parts at local stores, said the report by the Government Accountability Office," NBC News reported. "Investigators were able to purchase the components for the two devices for under $150, and they studied the published guidelines for screening to determine how to conceal the prohibited items as they went through checkpoint security."

I'm not sure if this report is meant to alarm travelers that security isn't tight enough, but it makes me concerned that thing will get even tighter, and that the screening procedure will be more tedious and a lot more invasive than it already is. For frequents travelers, this is just ridiculous!
0.4
Score
Popularity
Activity
Freshness
Get Better and Faster