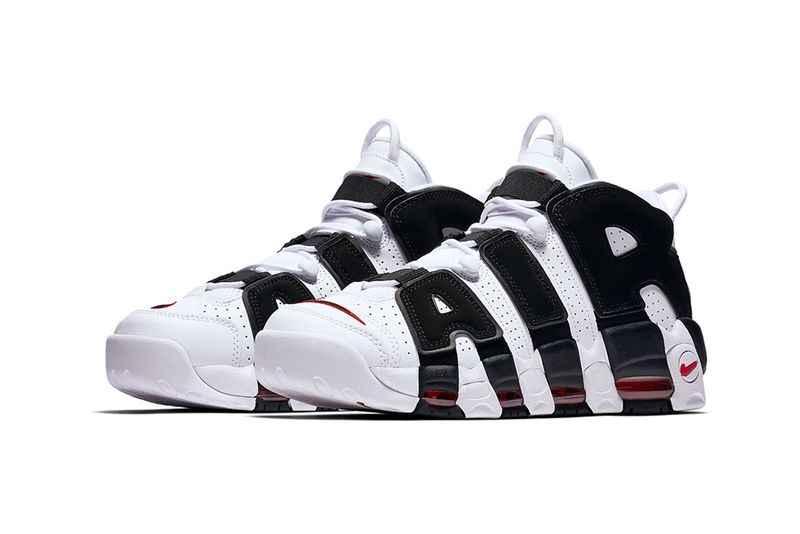 Although the team's branding and colors are featured throughout the design, it's executed rather minimally in order to maintain the sleek look of the sneakers. The base of the sneakers is a stark hue of white, however the large bubble letter branding that complements it in black helps to split up the design. Due to this, the colorway is reminiscent of a zebra's fur from a distance away.

On the toes of the Air More Uptempos, Nike's iconic Swoosh logo is featured in deep blood-red embroidery. The same hue is used on the midsoles and on the heels as well, where the basketball team's branding is featured.
5.3
Score
Popularity
Activity
Freshness