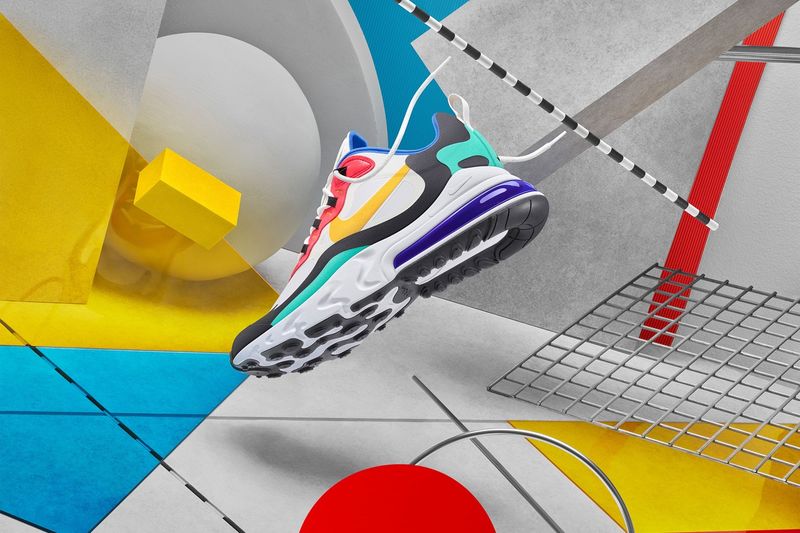 Kalina Nedelcheva — June 10, 2019 — Fashion
References: nike & hypebeast
Share on Facebook Share on Twitter Share on LinkedIn Share on Pinterest
The release of the new Air Max 270 React silhouette is announced and the shoe will be hitting physical and digital retailers on July 3rd. The new iteration is sure to stir some interest in the sneakerhead community as it combines features from two very popular models.

Nike's offering brings together the brand's "lifestyle 270 Air unit" and the React technology. These two components assure that the footwear provides wearers with optimal support and cushioning, contributing to the superior performance specs of the shoe. In addition, the new Air Max 270 React boasts an aesthetically driven upper. Spotlighting a variety of colors — yellow, teal, red, and purple, to name a few, the appearance of the shoe is strongly influenced by the aesthetic identity of Bauhaus which celebrates its 100th anniversary this year.
7.1
Score
Popularity
Activity
Freshness
Get Trend Hunter Dashboard