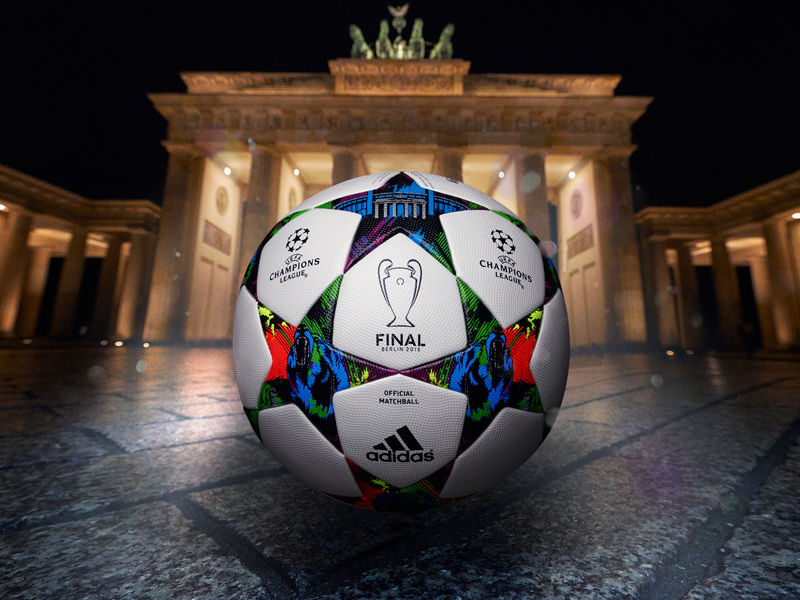 Rahul Kalvapalle — March 10, 2015 — Lifestyle
References: news.adidas & footyheadlines
Share on Facebook Share on Twitter Share on LinkedIn Share on Pinterest
The Adidas Finale Berlin is the official match ball for the final of the UEFA Champions League. Seeing as how the game -- one of the top showpiece fixtures for the world's most popular sport -- will be contested in Berlin, it made sense to put together a design inspired by that city's dynamic, young and hip scene.

As is the norm for Champions League balls, the Adidas Finale Berlin is swathed in large stars. The upper star features a beautiful depiction of the Brandenburg Gate set in front of the Olympiastadion Berlin, the venue for the UEFA Champions League showdown.

The surrounding stars on the ball features bold and vibrant designs including another classic Berlin symbol, the bear.