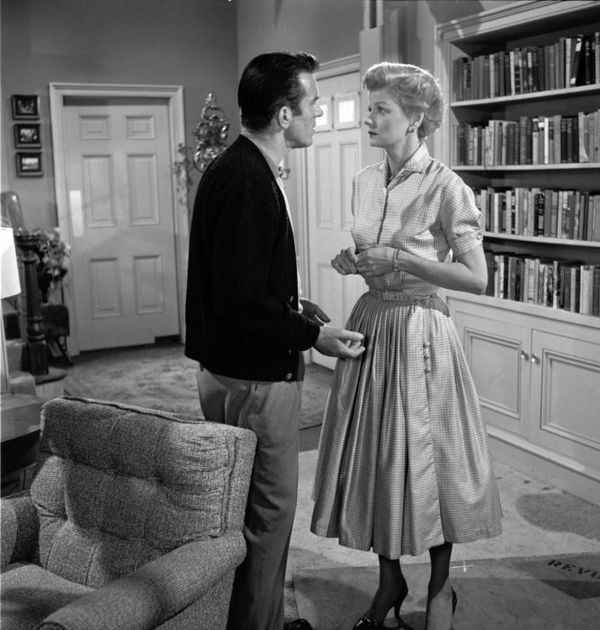 Vanity Fair Celebrates the 1950s with a Nostalgic Lookbook

Vasiliki Marapas — September 22, 2013 — Fashion
References: news.frrole & vanityfair
Vanity Fair Magazine is paying tribute to fashion from each decade with a series of new VF100 Lookbooks, such as ‘The Nifty 50s’ lookbook featuring 50s vintage photography. Vanity Fair pays homage to a variety of different looks from the blonde to the Nuclear family housewife. No 50s look is left unexplored with these nostalgic, mostly black and white photos.

For example, the Greaser look that was made iconic in John Travolta’s portrayal of Danny Zuko in Grease, is featured with a shot of a rebellious youth mugging for the camera. And where would the 1950s be without the beloved Marilyn Monroe? The sex goddess of the 50s slides under the ‘Hollywood Beauty’ category, with a sensual shot of the late actress dabbing some perfume. The voluptuous Bettie Page also gets a mention for her famous Pin-Up girl look that battled the 1950s conservatism. All these looks and more can be found in ‘The Nifty 1950s’ Vanity Fair collection Lookbook.
5.5
Score
Popularity
Activity
Freshness