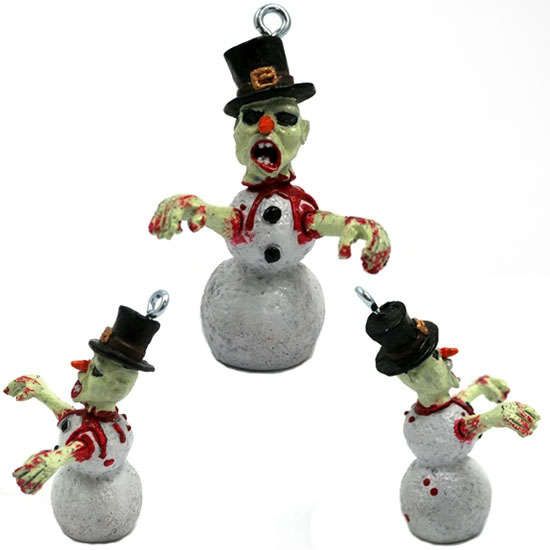 Mourn the Death of Frosty with the Zombie Christmas Ornaments

Apparently, a dead -- or undead, rather -- Frosty is actually capable of coming back to life after his initial dissolving act. Filled with blood and guts, the zombie snowman ornaments' guys spew and bleed instead of trickle with icy water. The only part of him that could have rotted naturally would be his carrot nose but oddly, it is the one thing that remains in tact in this design. As his face and arms decompose, turning into a slimy murky green, the zombified snowman wobbles closer towards his creator. The only question remains is whether actual heat or even a simple blow dryer can defeat him.
4.5
Score
Popularity
Activity
Freshness
Get the 2021 Trend Report FREE