44 Tailgating and BBQ Inventions for the World Series 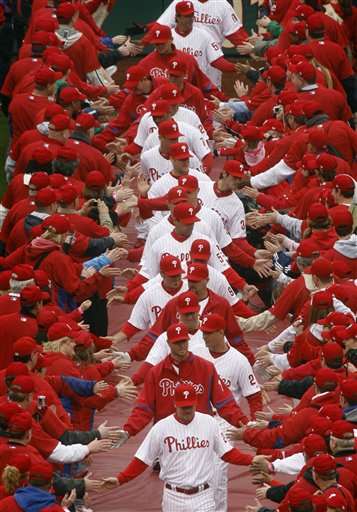 How Philadelphia's Phillies Prepare for the World Series

For example, Ryan Howard eats a tuna fish sandwich with honey on game day. And Chase Utley and So Taguchi both prefer to prepare for World Series games--as well as every other game during the season--with old-fashioned peanut butter and jelly sandwiches.

The Philadelphia Inquirer interviewed Joe Swanhart, the Phillies’ team cook, who revealed that the team kitchen contains just about every low-fat food possible. Swanny even got Shane Victorino off of Spam musubi--a local Hawaiian favorite that is basically Spam sushi--well in time for the World Series. Victorino drinks a strawberry smoothie with soy milk in its place.

While time will tell if the Phillies’ eating habits will lead to a first-place finish in the World Series, one thing’s for sure: They’re not taking any risks otherwise.
1
Score
Popularity
Activity
Freshness
Get Better and Faster

100 Creative Decals
From Pimping Out Your iPad to Home Decor