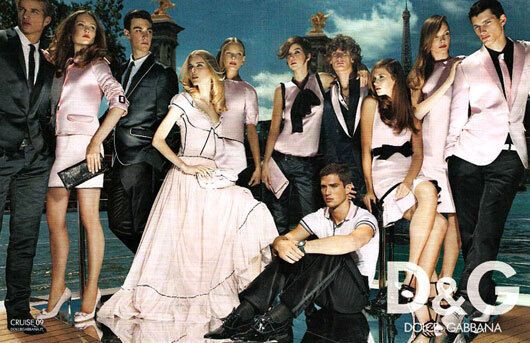 Veteran model Claudia Schiffer made an appearance in the campaign as she cavorted with the eclectic crowd in a very strange beach scene. Schiffer was featured sitting on a beach bench wearing a black skirt with her legs wide open. Schiffer was also photographed tanning alone. The peculiar beach scene also featured two women dressed completely in black, and a big crowd of overly tanned people.

As for the cruise scenes, the models wore evening gowns which had a predominant color palette of soft pink and black with a patent leather shine to it.
4.1
Score
Popularity
Activity
Freshness
Get Trend Hunter Dashboard