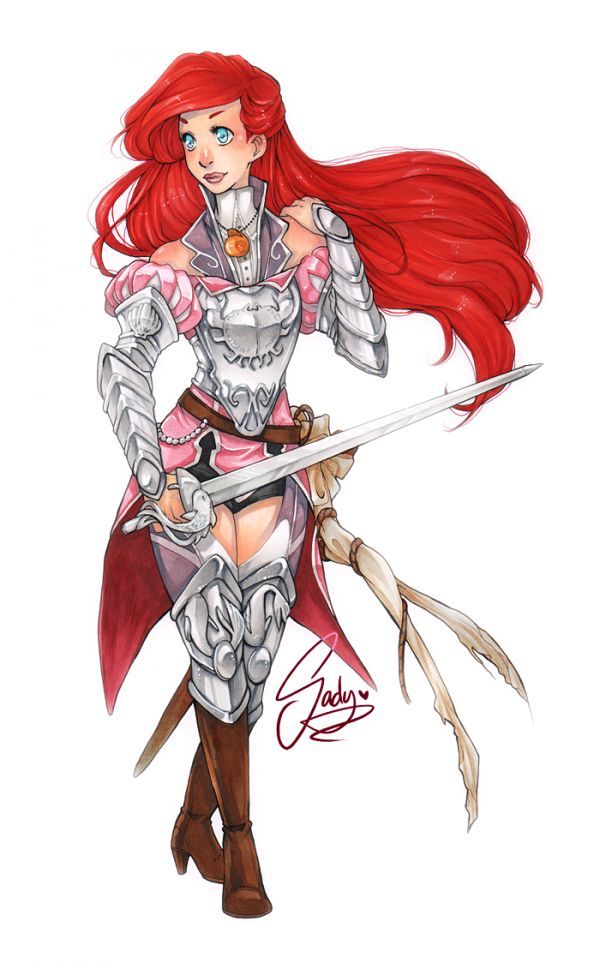 The Warrior Princess Series Taps into Themes of Feminine Fierceness

Meghan Young — April 4, 2014 — Pop Culture
References: sadyna.deviantart & neatorama
Share on Facebook Share on Twitter Share on LinkedIn Share on Pinterest
Many artists have re-imagined iconic Disney princesses in other roles, yet the Warrior Princess series has to be one of the fiercest yet. It hones in on the braver qualities of such cartoon role models as Ariel, Pocahontas and Aurora. Yet facing the trials of beastly captors, evil stepmothers and British invaders has never been easier thanks to the suit of armor each Warrior Princess has been decked out in.

Illustrated in ink by DeviantART member Sandyra, the Warrior Princess series has an anime aesthetic that will bring to mind many sci-fi animated films. Especially Cinderella, dubbed the Rogue Maiden, as a combat android. Like Cinderella, the other Warrior Princesses have been given additional names. For example, Belle is the Royal Confident and Ariel is the Silent Warrior.
6
Score
Popularity
Activity
Freshness
Access Advisory Services